Beginning at a garage with 3 machines, Mr. Gerhard Kummerfeldt started his own business on January 1st, 1969 at Rellingen near Hamburg / Germany.

The master of precision mechanics began as a subcontractor in the film and marine industry.

Constant growth led him to the packaging machinery industry in the 1980s, where he founded his own company for packaging fruit and vegetables in 1989.

Right after the fall of the Berlin wall in 1989, he founded a company at Drebkau near Cottbus, which initially also worked for the packaging industry and later for opencast mining.

These companies are still existing today, but no longer under the leadership of the company founder, who in 1995 took over the company Varialux at Arnsdorf near Dresden from the insolvency and reorganised it successfully. 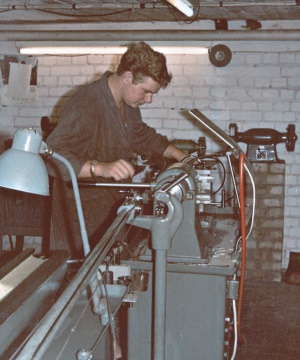 Gerhard Kummerfeldt at his first lathe 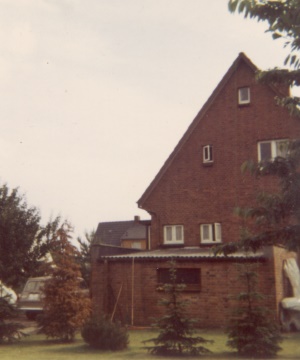 The Garage in Rellingen